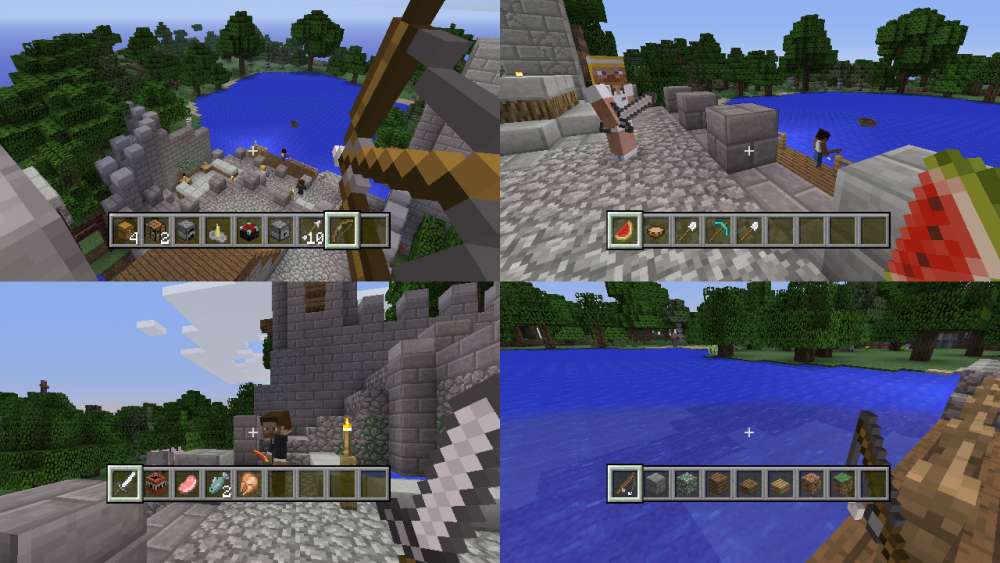 Season’s greetings! Owen from Mojang here. I have some exciting news that you might be interested in. It’s about Minecraft – a game that’s sold over 30 million copies to date. Minecraft is a game about breaking and placing blocks. At first, you’ll probably build simple structures to protect against nocturnal monsters. Later on, you might work with your friends to create wonderful, imaginative things.

It can also be about adventuring or watching the sun rise over a blocky ocean. It’s pretty. Brave players battle terrible things in The Nether, which is more scary that pretty. You can also visit a land of mushrooms if it sounds more like your cup of tea.

I’ve received a few questions concerning the PS3 edition over the past few months, so let’s clear them up before I get thrown off the blog…

Q: Will Minecraft: PS3 Edition feature Remote Play or compatibility with the PS4 or PS Vita editions?
We don’t know yet, sorry. We’ll let you know as soon as we do.

Q: Does Herobrine feature in Minecraft: PS3 Edition?
Probably not.

Unto The End – EGX trailer