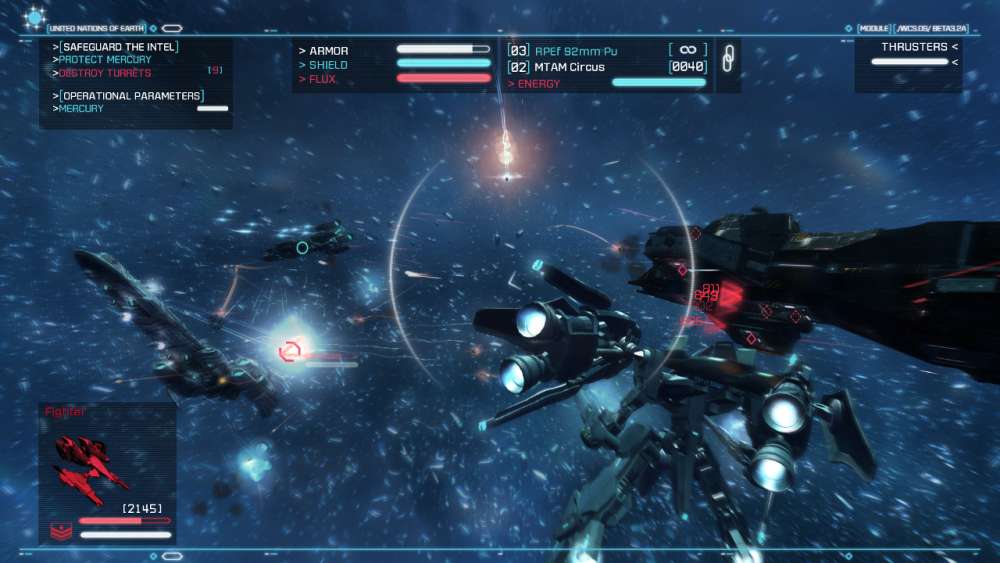 Hear that sound? It’s the news horn! Which means we have some big news to share.

Today we’ve announced Strike Suit Zero: Director’s Cut, which will be heading to both the PlayStation 4 and Xbox One in March (£14.99 / $19.99). The Director’s Cut version of the game not only takes advantage of the power of the next-gen consoles, but adds a host of other additions and improvements, making this the definitive version of the game. Later this Spring, we’ll be following this up with a version of the game for PC, a platform that is very much considered a home by space combat fans. We’ll keep you updated with any developments relating to the PC version as they happen.

The Director’s Cut features a restructured campaign – particularly relating to the first few missions, allowing the player to get in the cockpit of the Strike Suit much earlier – with an adapted story and all new dialogue. We’ve also given the game a complete graphical overhaul, including upscaled ships and updated textures and lighting. We’ve also included the Heroes of the Fleet mission pack, and both the Marauder and Raptor Strike Suits. We’ve taken a year’s worth of comments and suggestions on board, too, directly addressing the points of our community and critics.