5 days ago 1 min read
By using our website, you agree to the use of our cookies.
Got it!
gaming / fun 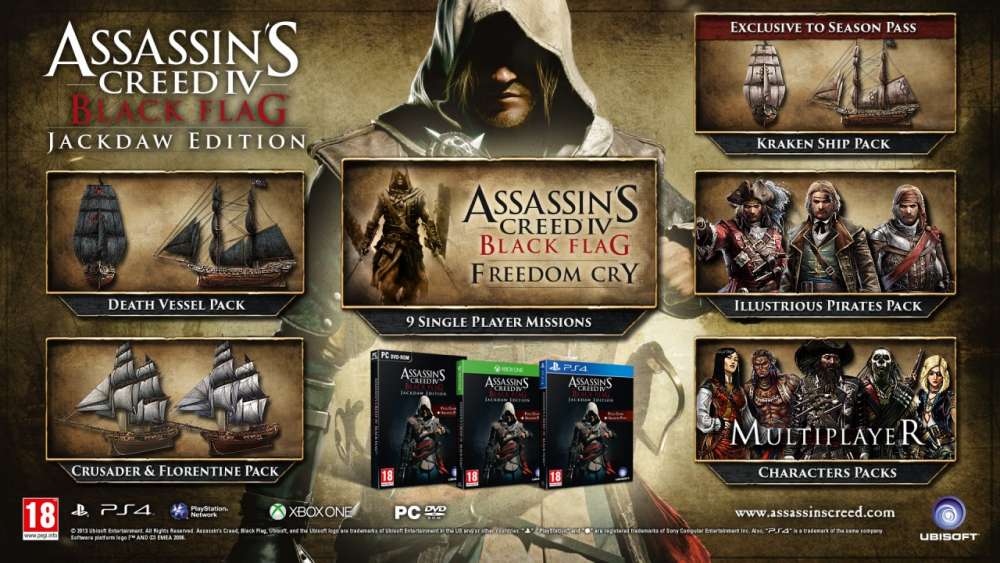 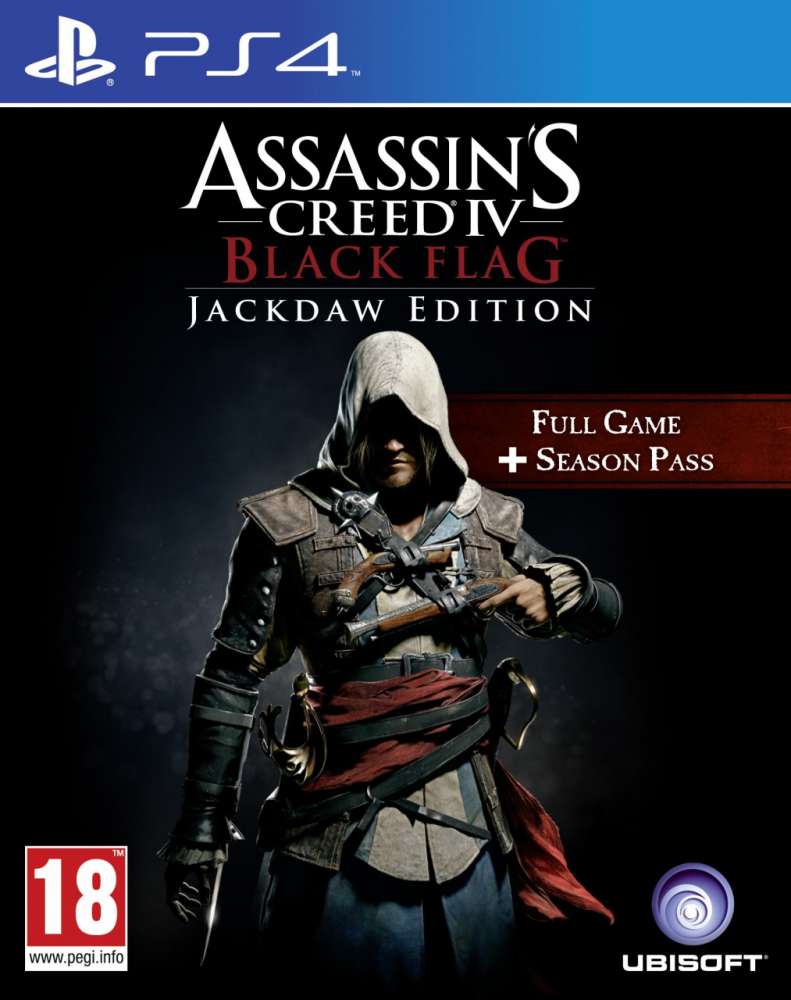 Today, Ubisoft announced details of the Assassin’s Creed 4: Black Flag Jackdaw Edition which will be released on March 28 in the UK as an Amazon exclusive. It will be available for PlayStation 4 from Sony Computer Entertainment Inc. and for the Xbox One video game and entertainment system from Microsoft.

– Death Vessel Pack – Show your enemies that you are ready to bring death upon them with the Death Vessel sails, figurehead and wheel.

– Crusader & Florentine Pack – With these new cosmetic sets, sail with Altaïr or Ezio’s colors with 4 customization items for your ship and 2 new weapons for Edward.

– Multiplayer #2 – Guild of Rogues – The Guild of Rogues Pack extends the multiplayer experience with three additional playable characters including the Stowaway, the Shaman and the Siren! This pack also comes with new customization options, and new moves!

• Assassin’s Creed 4: Black Flag Freedom Cry – This nine mission self-contained story featuring Edward Kenway’s first mate Adewale. Born a slave, Adewale found freedom as a pirate aboard the Jackdaw where he became Edward Kenway’s second-in-command. 15 years later, Adewale has become a trained Assassin who finds himself shipwrecked in Saint-Domingue without weapons or crew, starting a new adventure of his own.

The year is 1715. Pirates rule the Caribbean and have established their own lawless Republic where corruption, greediness and cruelty are commonplace.
Among these outlaws is a brash young captain named Edward Kenway. His fight for glory has earned him the respect of legends like Blackbeard, but also drawn him into the ancient war between Assassins and Templars, a war that may destroy everything the pirates have built.

Experience the lives of ruthless and merciless pirates in History’s Golden Age of Piracy! Impersonate great adventurers of the Caribbean and unleash lethal new skills and weapons. Explore mysterious islands and with the colors of your sails, strike fear into the hearts of any sailor daring to cross your path!