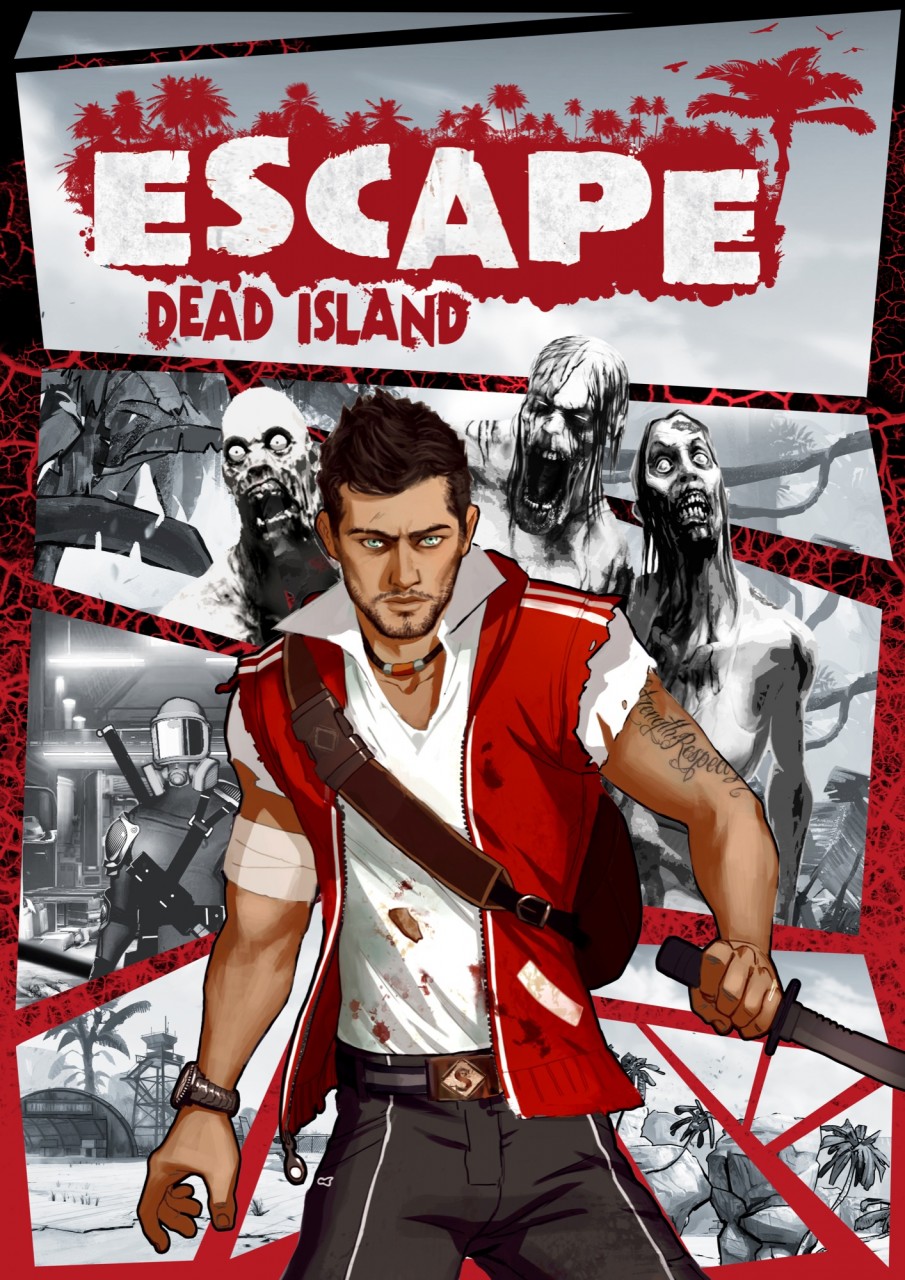 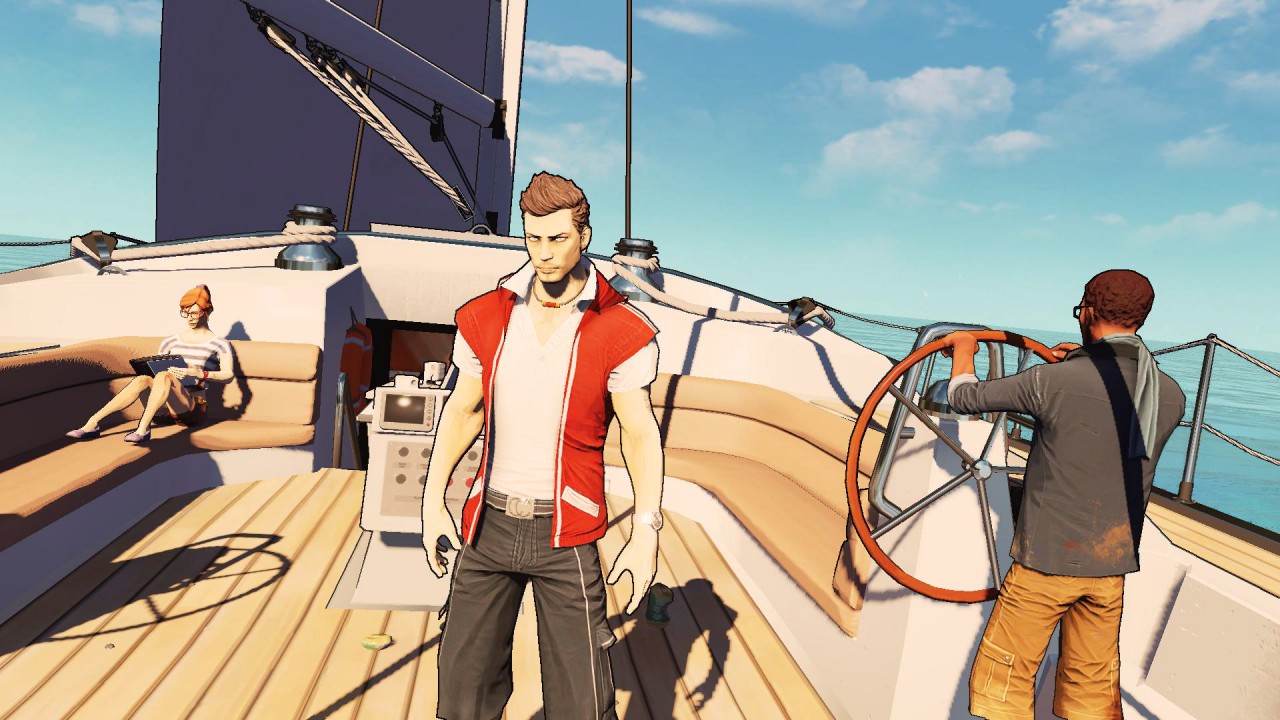 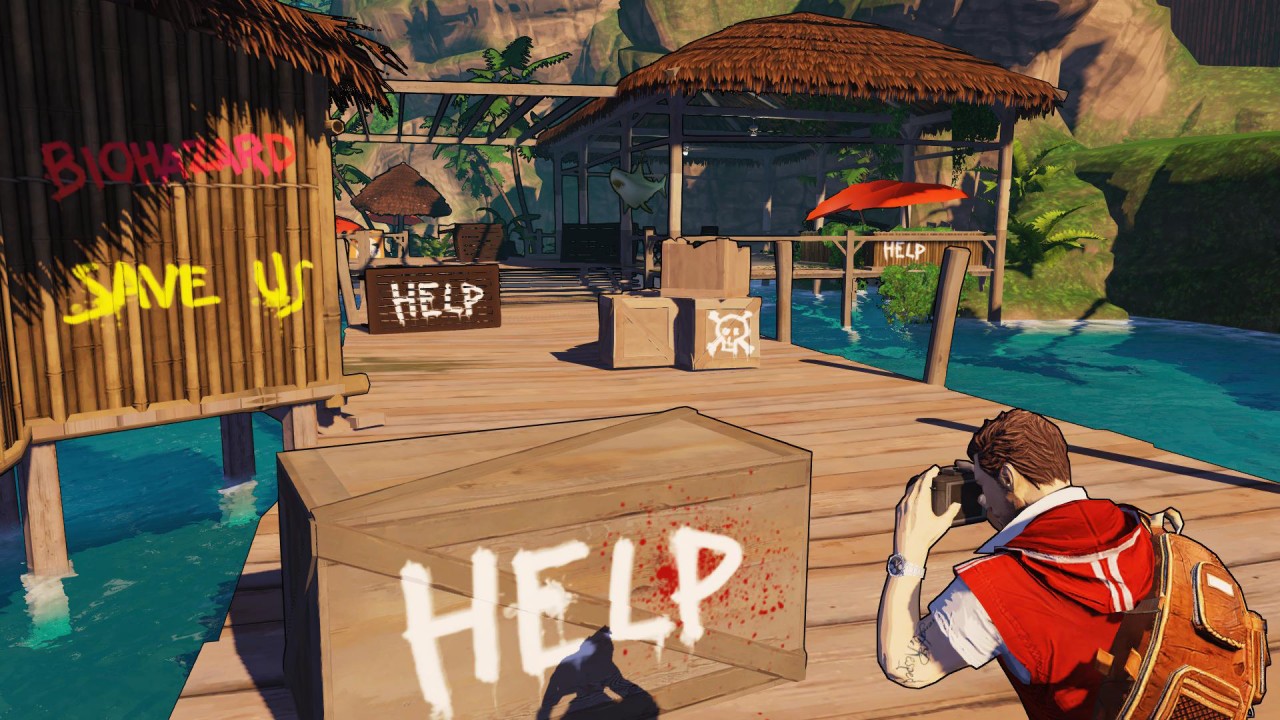 We’re pleased to announce that Escape Dead Island is coming to PS3, a whole new survival-mystery game with a fresh perspective on the Dead Island universe.

Escape represents a crucial bridge between the events of Dead Island and Dead Island 2, and will finally reveal the origins of the virus, even some tantalizing clues where the events are going to lead… but it’s going to be up to you to decide what to believe. That’s because this story-driven, single-player game is played through the eyes of Cliff Calo, who’s watching his world unravel.

Cliff is the spoiled son of a powerful media mogul who has stolen a yacht with his friends determined to film the documentary of the century: exposing the truth about the Banoi outbreak to the public. Their plan: infiltrate the archipelago’s top-secret quarantined island of Narapela and document everything.

Players will freely explore this all-new island, sneaking to avoid undead that can hear and smell you. But even this island full of zombies isn’t what it appears to be on the surface.

Cliff struggles with his own sanity as the world around him begins to become increasingly unpredictable. Time distorts and folds in on itself; strange messages appear and impossible events shatter reality. Oceans turn to blood, containers plummet from the clear sky… If Cliff had any thoughts about this being a routine documentary, he’d be “dead” wrong.

The whole experience is vividly realized with comic-inspired visuals that complement Cliff’s surreal situation, delivering on Dead Island’s promise of a paradise gone to hell. In the case of Escape, it turns out to be a particularly private hell.

What are the true origins of the virus? What is real in this bizarre place? What are you going to believe? We can’t wait for you to get your hands on Escape Dead Island later this year to find out!