6 days ago 1 min read
By using our website, you agree to the use of our cookies.
Got it! 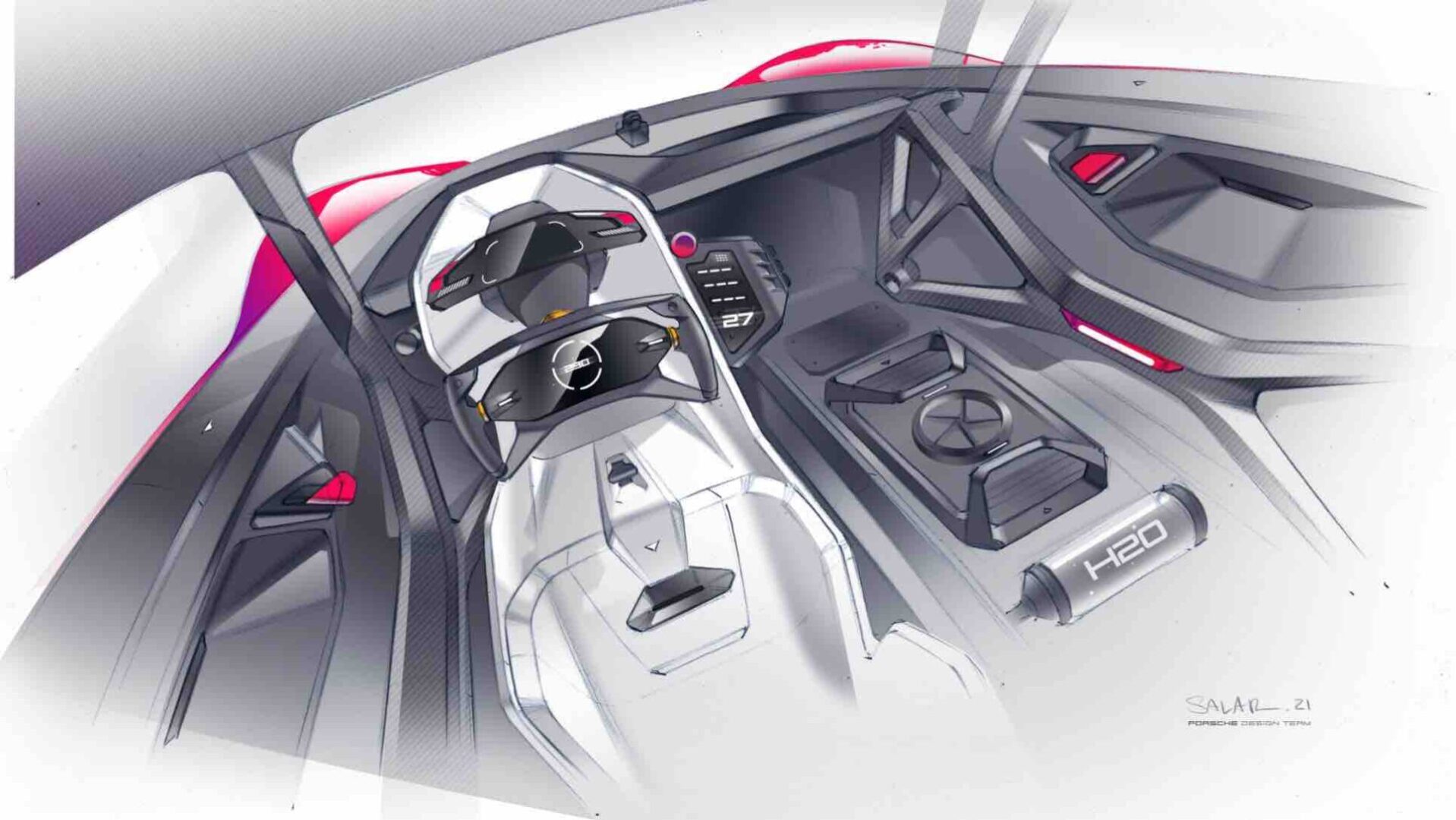 “While the exterior is visually reminiscent of the legendary Porsche 550 Spyder, the Esports-inspired interior is highly futuristic. Everything the driver needs is fully integrated in a full bucket, monocoque racing seat as in a simulator. The 6-inch multifunction OLED race display on the steering wheel shows the driver important information, such as calculated lap times and predicted tyre usage. A second, larger screen is located behind the steering column, which displays images from both the side-mounted cameras and the central rear-view mirror camera. In addition to the driver, the futuristic cockpit also has room for an optional passenger. In future, on-board cameras will also provide fans with spectacular views of the racing action. A streaming service will allow spectators to select different camera angles and switch freely between the competing vehicles. Additional information will be available, such as the driver’s vital signs. Moreover, by pressing the streaming button, Mission R drivers will be able to take the racing community’s motorsport experience to the next level.

So it almost seems a shame that there are no plans for a real-life application for the Mission R. But many of its new developments will make future sprint races more attractive in customer motorsport. Esports will definitely enrich the concept study. In 2022, the performance of the Mission R will become reality in a virtual racing game championship”. 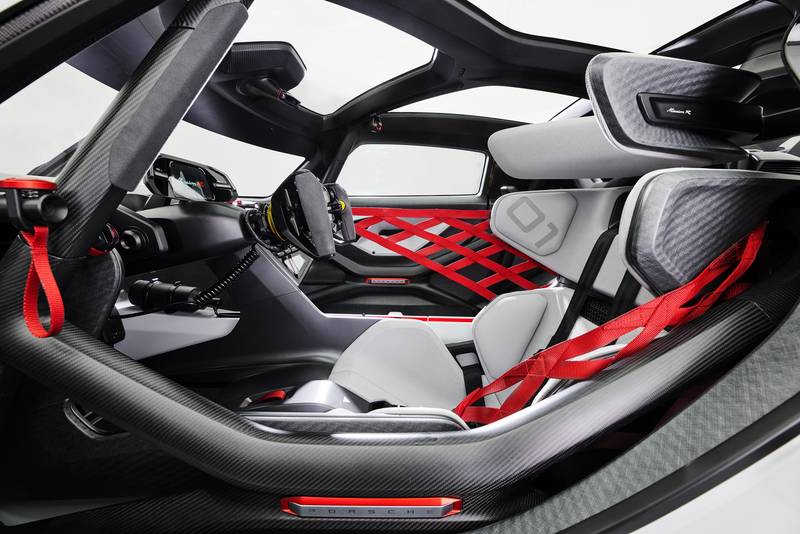 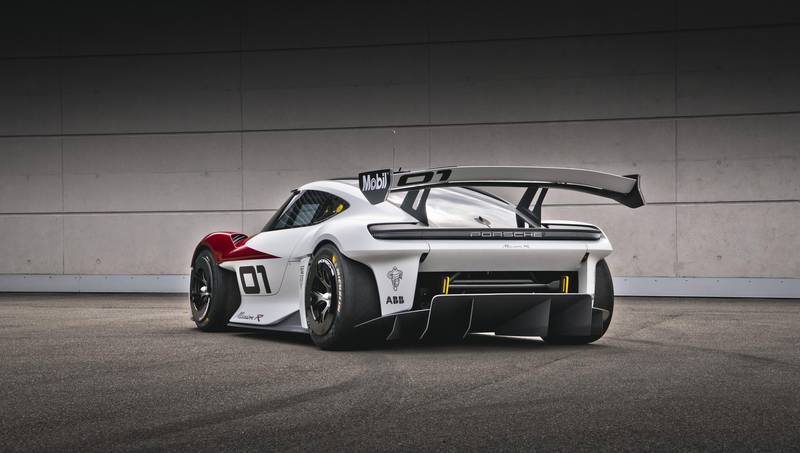 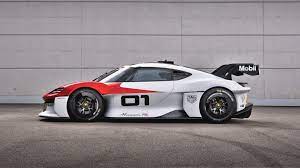 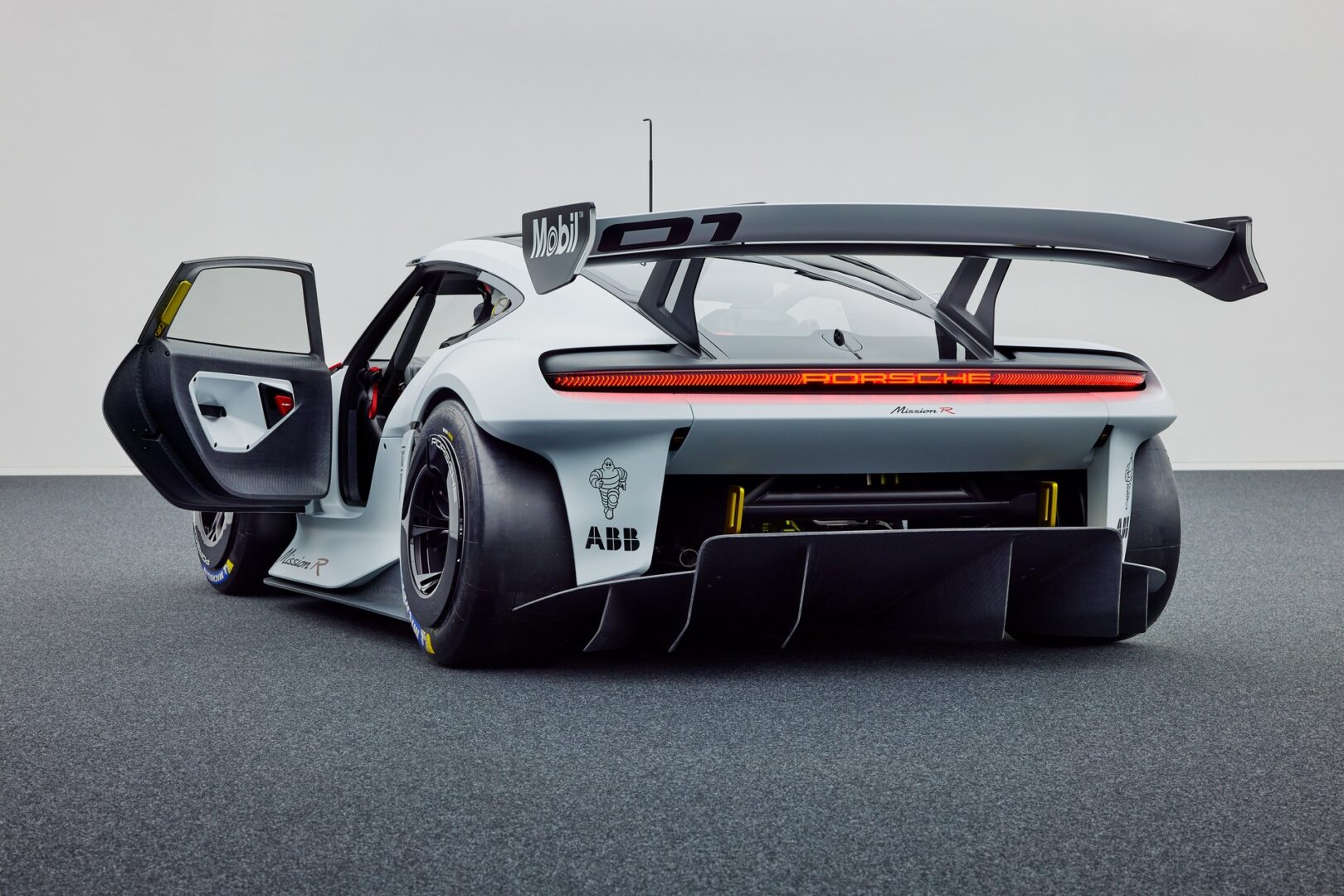 “With the performance level of the current Porsche 911 GT3 Cup, the all-wheel drive Mission R demonstrates its outstanding performance. The battery is quite literally at the centre of this. To afford the driver the lowest possible seating position, a block battery has been chosen instead of an underbody battery. As in the mid-engined concept, this is centrally aligned in the vehicle, supplying the power for 30 minutes of racing action and enabling rapid charging times using Porsche Turbo Charging, thanks to its 900V technology. For sprint formats, in particular, on small, winding stretches with a low full throttle ratio, the Mission R can make optimum use of its recovery potential. At 800kW, this is the same as the maximum available power of the two electric motors, ‘Made in Zuffenhausen’. The perfect drive for advancing the future of customer motorsport at a rapid pace”. 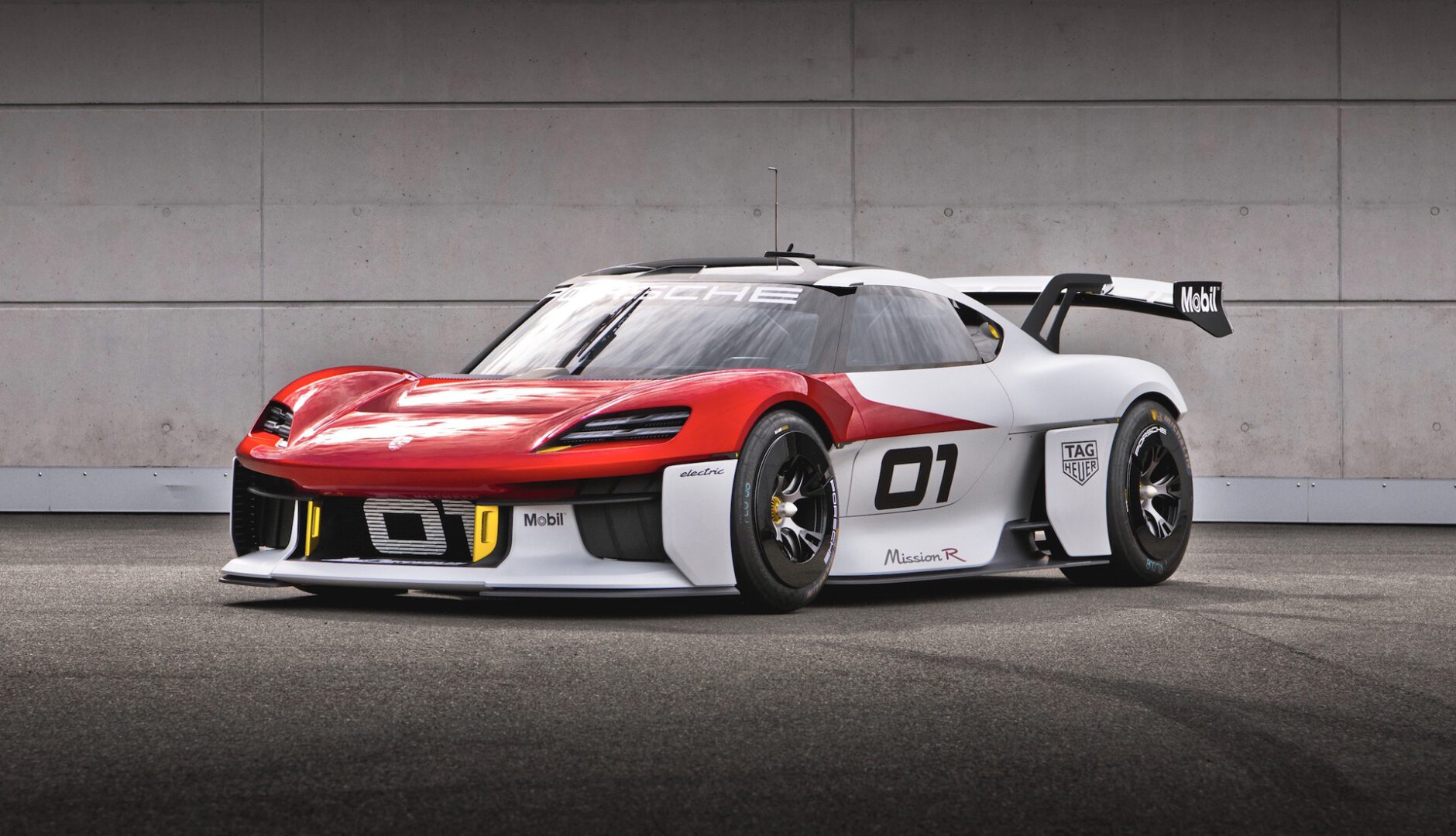