1 day ago 7 min read
By using our website, you agree to the use of our cookies.
Got it! 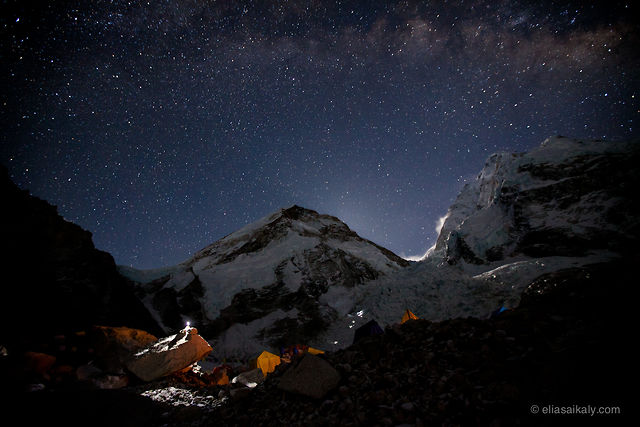 What were the challenges?

As a filmmaker shooting on Mt. Everest, I was incredibly challenged by the altitude, the cold, the lack of oxygen and the deteriorating nature of the environment. The higher you climb on an 8,000M peak like Everest, the more difficult it becomes to think, sleep, eat, function and survive. There is a reason why few come back with spectacular images and that’s because you’re literally dying up there and your priority is to remain alive.

In my case, to do what I do, my priority has to be my camera. It comes first. Everything else must become a reflex. It has taken years to learn how to mentally program my mind and body to be able to withstand the challenges associated with high altitude cinematography. In the death-zone, your body is deteriorating faster than it can recover and a simple mistake can mean the difference between life and death. It may sound overly-dramatic, but it’s the nature of the environment. Exposing your hands for too long leads to frostbite, failing to monitor and manage your energy can lead to inability to descend, failure to properly clip into a safety line while taking a shot can send you plummeting down the mountain to your death. These are but some of the risks you need to mange and all of this must become second nature if you’re going to operate a camera successfully and keep it and yourself alive.

Here’s a glimpse into the world above 8,000M above sea level:

It’s 9 p.m. and we’re at 8,000M above sea level on the world’s tallest mountain. The plan is to spend the next 24 hours in the death-zone ‘resting’ before pushing to the top of the world. The only thing keeping us alive is supplementary oxygen and the thin yellow tent walls that separate us from the frigid sub-zero temperatures. I’ve got seven cameras with me, over 30 batteries, a tripod and everything else I need to capture the magic of the Himalayan skies at night. It’s going to take an incredible amount of will power to rise, put my 8,000M boots on and set up the second last shot of my time-lapse — a rare scene of climbers leaving camp 4 making their way to the top of the world.