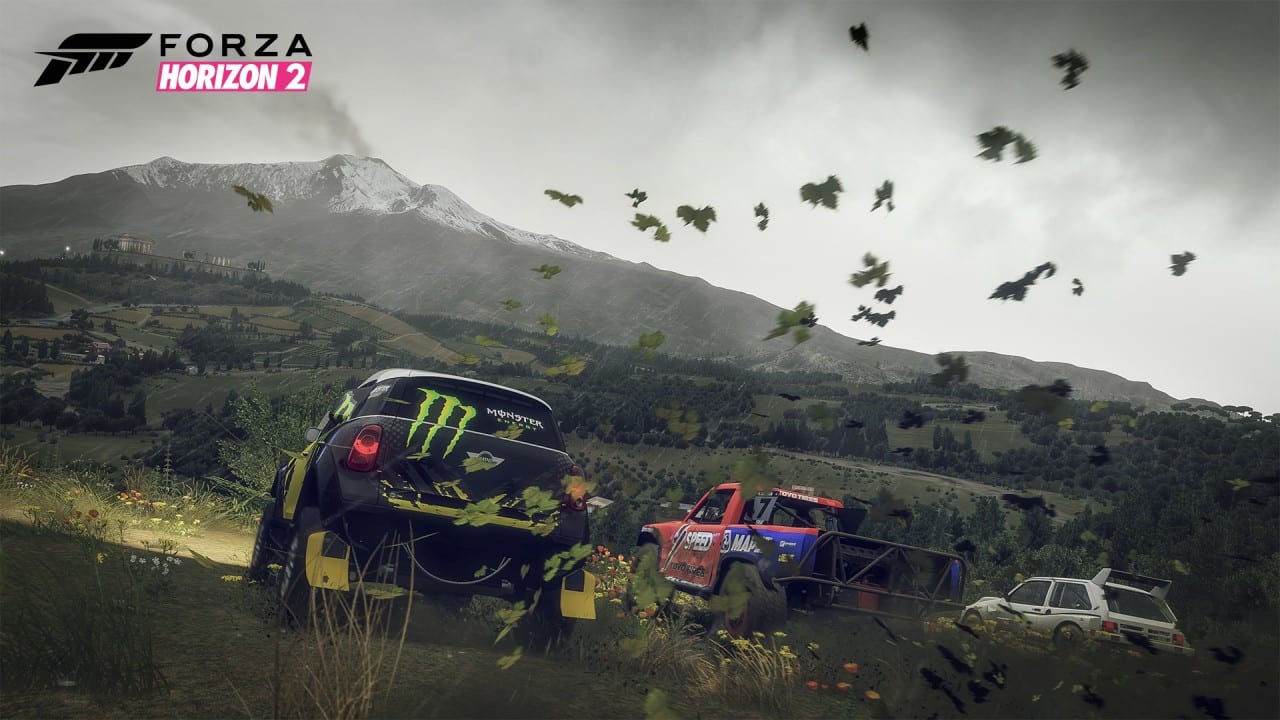 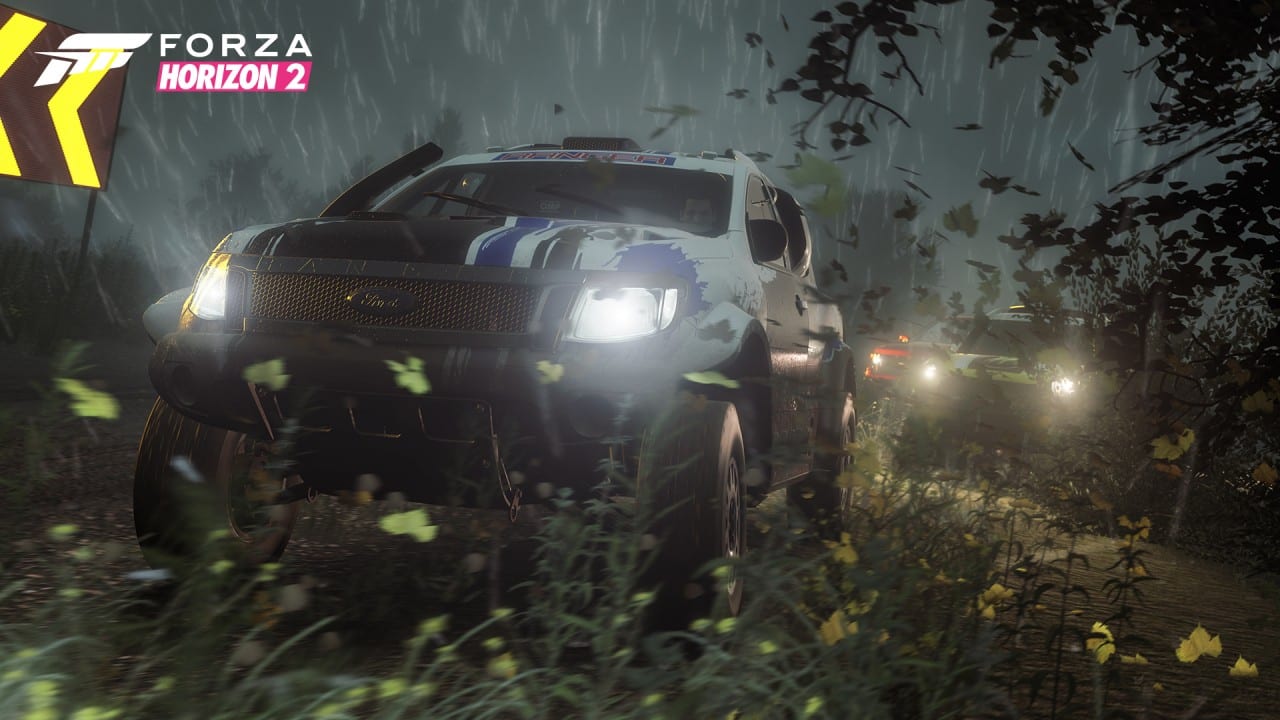 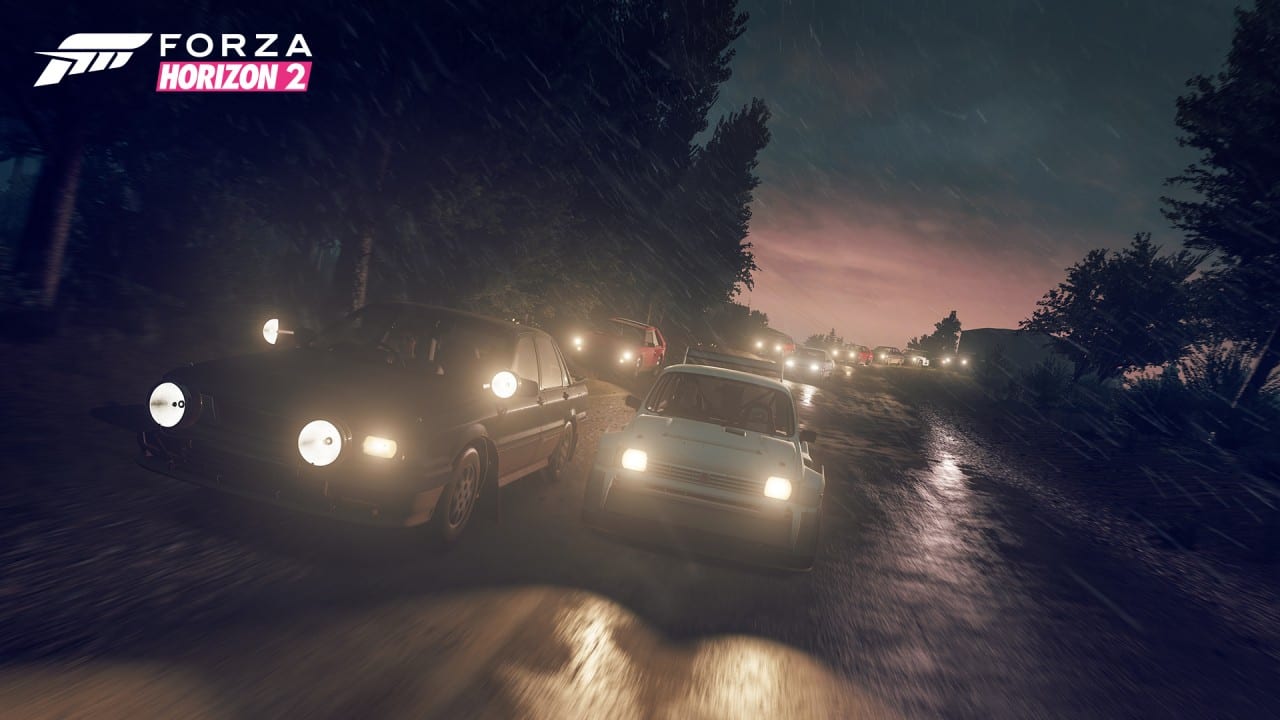 The epic road trip continues on Xbox One with the expansion for Forza Horizon 2.

Storm clouds are gathering; a fierce tropical storm is about to break. Several of the world’s most iconic off-roaders are lined up, poised to spring with a punch of the gas pedal. Thunder crashes in the distance, an omen of the dangerous terrain and extreme elevation changes that await. Drivers grip their steering wheels, ready to tackle the epic challenges ahead. Welcome to a new land of extremes with the Forza Horizon 2: Storm Island expansion!

The Storm Island expansion brings fans more of what they love about the year’s best racing game: more beauty, more fun, more challenge, and more ways to compete with and against friends. The Forza Horizon 2: Storm Island expansion is available now exclusively on Xbox One and can be purchased from the Xbox Live Store for $20. Forza Horizon 2 VIP owners will receive a 50 percent discount on the expansion, making the price just $10 for VIP members.

Here’s a breakdown of the new content coming with the Storm Island expansion.

This expansion pack for Forza Horizon 2 features a new location to explore, the mysterious and foreboding Storm Island. This is a land of gorgeous variety and monumental challenge, with sudden and dramatic terrain changes that push players and their cars to the limit. Storm Island also features the most severe weather conditions ever seen in a Forza game, including fierce tropical storms and thick fog that will add an entirely new level of challenge. On Storm Island, the weather and the world combine to present players with extreme adventure every time they get behind the wheel.

Storm Island has been built with the Forza Horizon 2 engine and infused with brand new technology that showcases the beauty of the world. New features like swaying trees in extreme windstorms and the rays of the sun cutting through thick fog bring the adventure and splendor of Storm Island to life in ways players have never experienced before.

Storm Island brings more intense racing action with an emphasis on all-out, off-road fun. The expansion features 90 new events with five new event types players can test their skills in, and all have been designed to bring the most out of both the driver as well as every vehicle in the game. These new events include:

• Rampage – Rampage events are point-to-point off-road sprints, where the driver will contend with obstacles and smashables (including the brand new smashable chicanes) before crossing the finish line.

• Brawl – Grab your favorite four-wheeled weapon and strap in for these off-road circuit races featuring extreme terrain, lots of obstacles to take advantage of, and new smashables to wreck.

• Gauntlet – Gauntlet events have become the stuff of legend on Storm Island. These point-to-point races are held only at night, and take place during the types of storms that normally have proper names attached to them. These epic races are long and dangerous – with minimal signage to guide players during the race. Just completing a Gauntlet event is challenging enough. Victory will take a special combination of skill, bravery, and luck.

Storm Island is a massive expansion of Forza Horizon 2, with tons of content and replay value. In addition to new event types listed above, Storm Island will include new items and locations to explore – including new roads and bonus boards, a brand new Car Meet, new Bucket List challenges, new speed trap and speed zone leaderboards, and additional Rivals events.

The pack will also include five new iconic cars and trucks (see below for full descriptions of the five cars in the pack), plus a new barn find car (which we’re keeping secret for now). For players who enjoy upgrading their vehicles, we’ve also got new off-road suspension, tire, and transmission upgrades that can be applied to any of Forza Horizon 2’s 200+ cars. In addition, we’ve also added new rally-inspired body kit upgrades for a select number of legendary cars in game.

All of this amazing content, plus 23 new Xbox Live achievements (adding up to 500 gamerscore points to your total) makes the Forza Horizon 2: Storm Island expansion an amazing value for Forza fans.