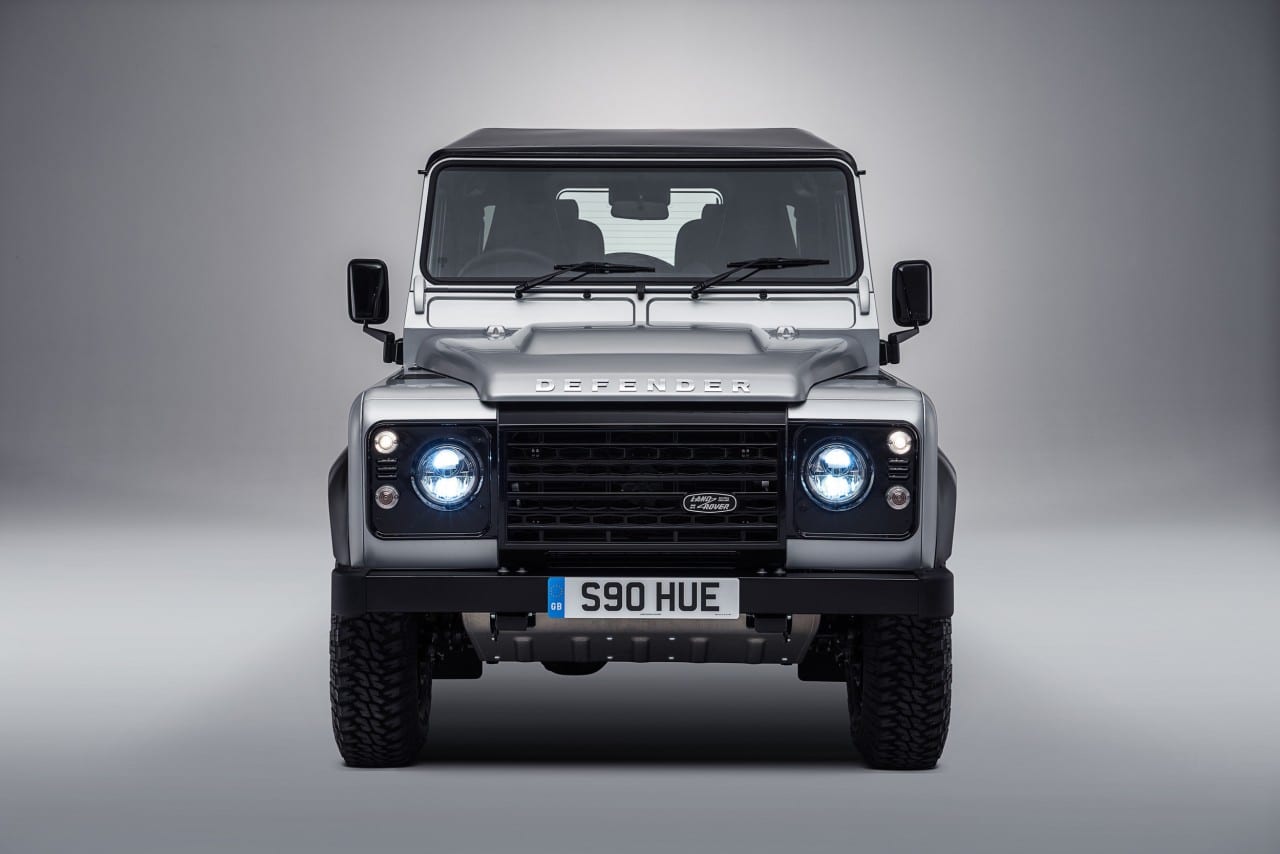 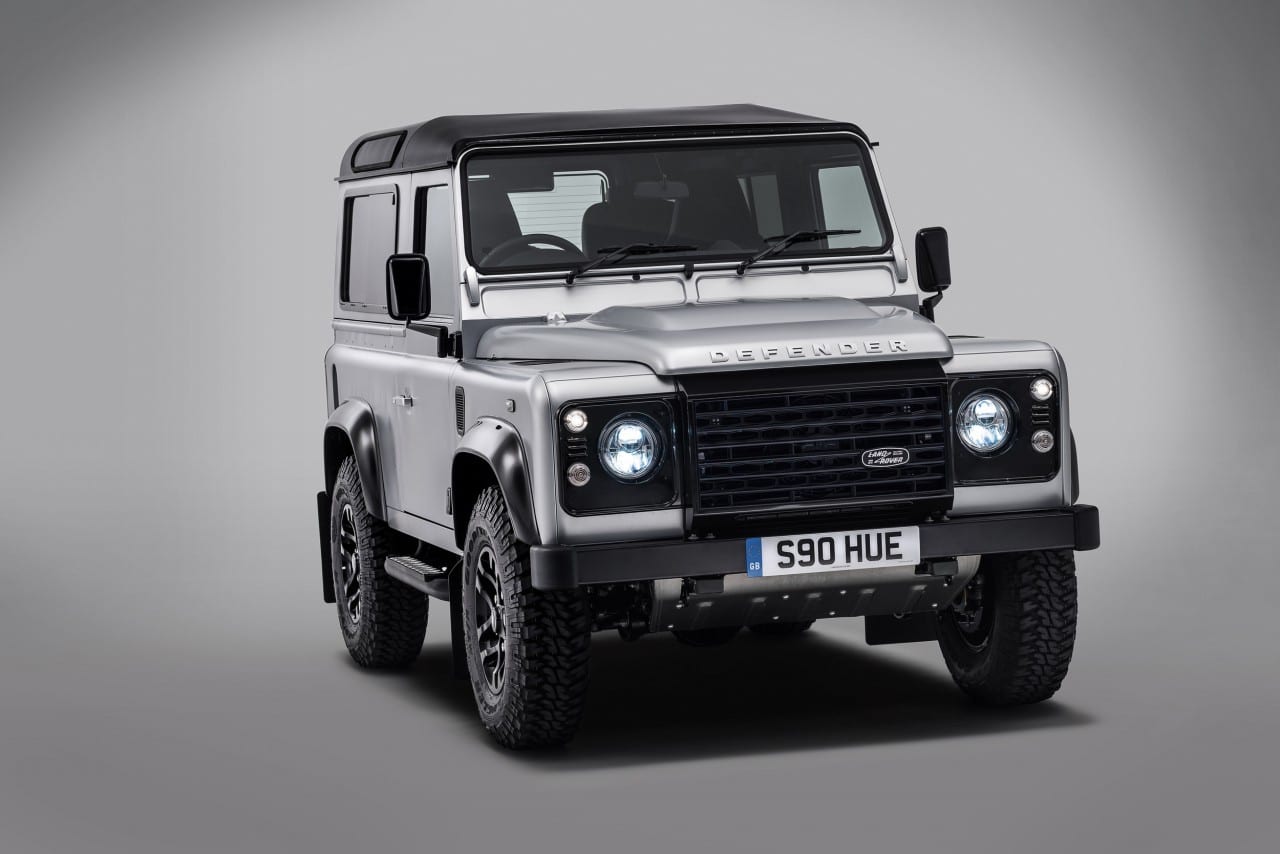 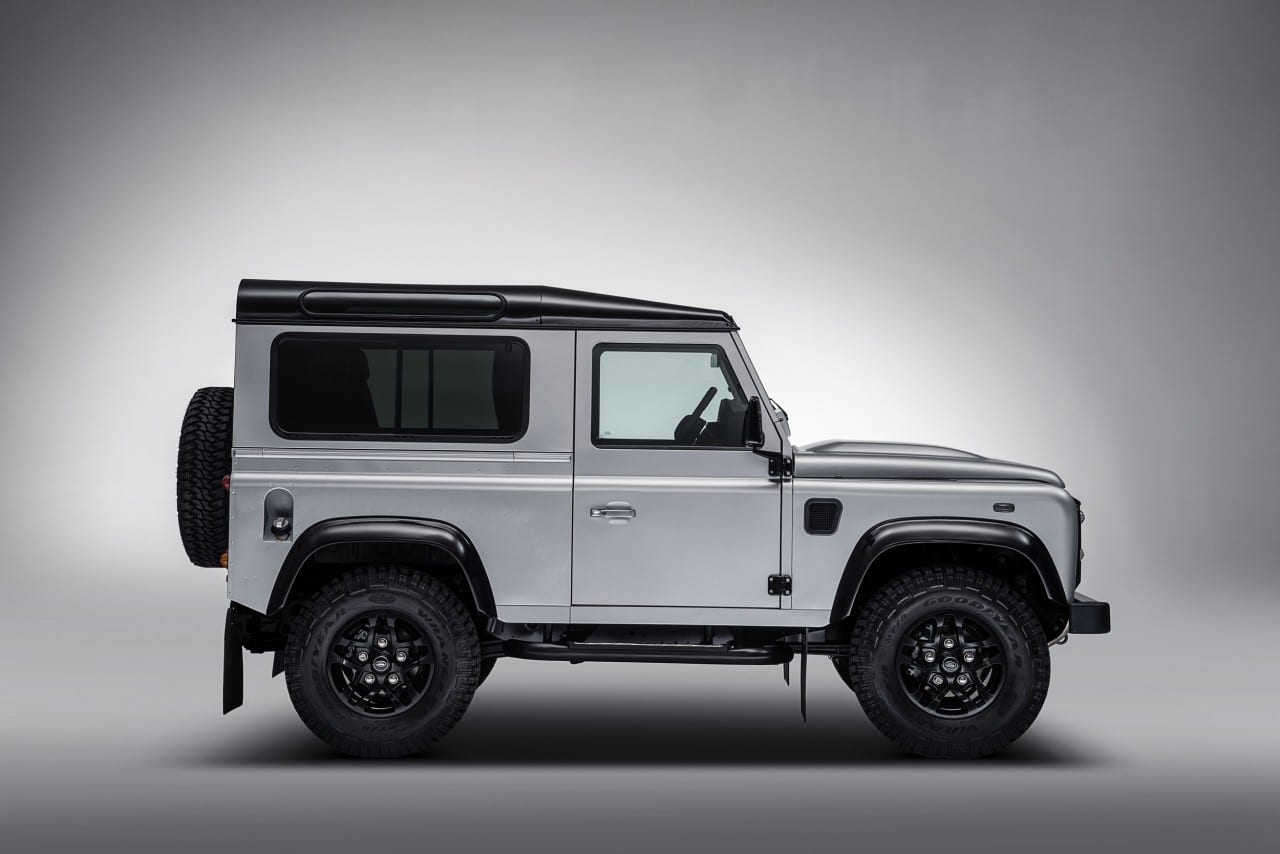 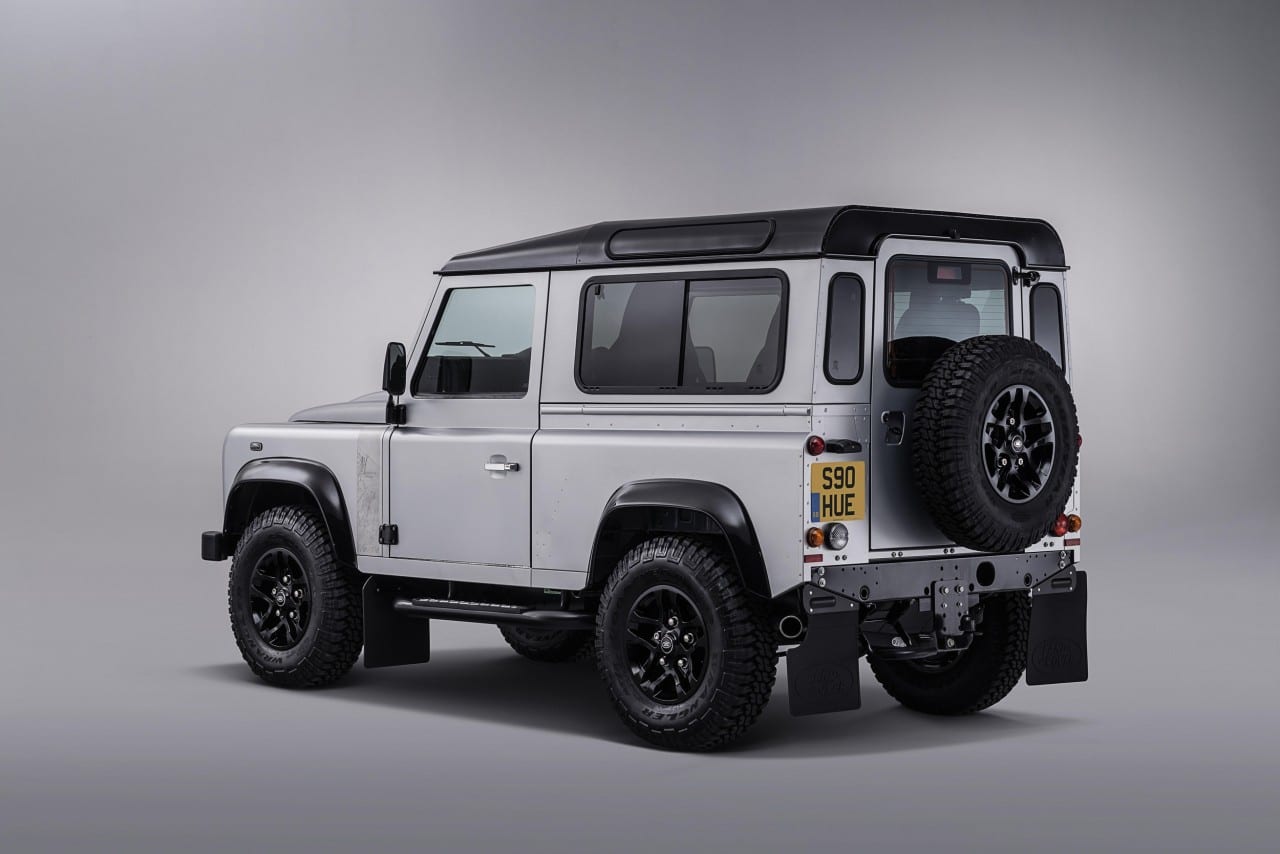 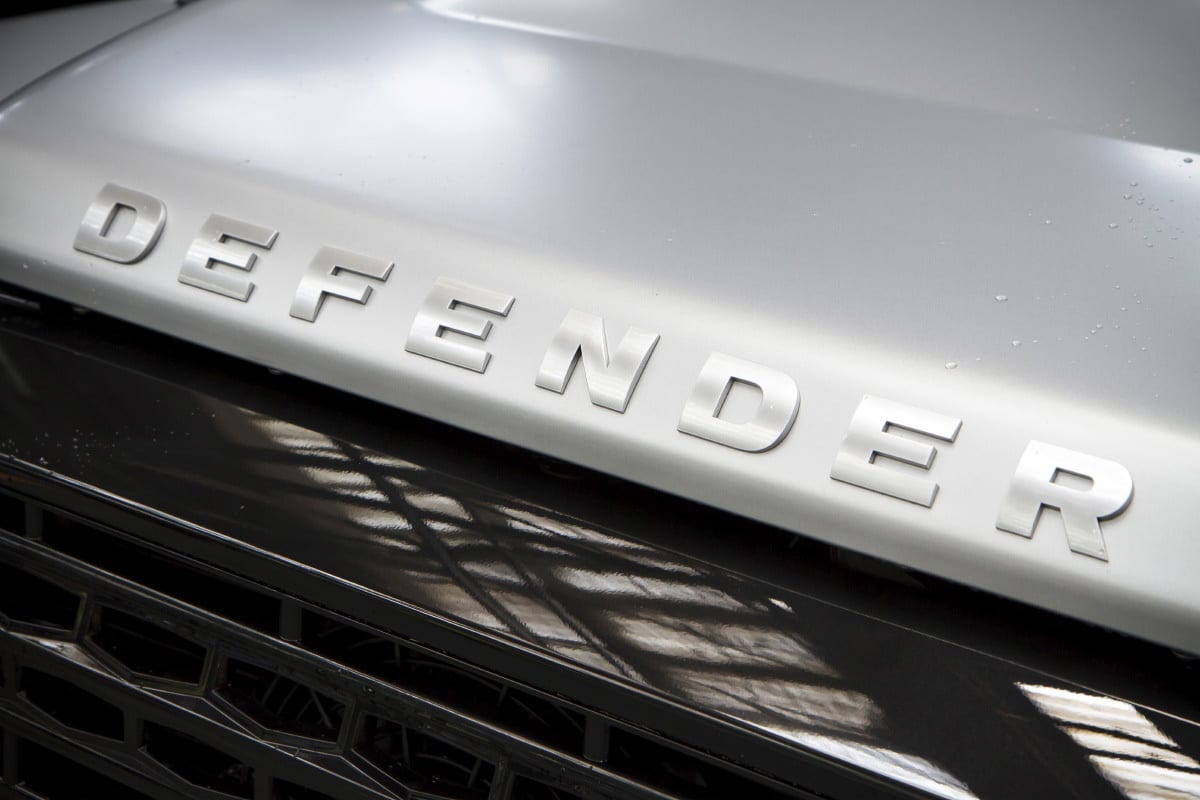 Whitley, UK, June 22 2015 – Celebrating 67 years of iconic Land Rover production, a unique vehicle has been built to commemorate the UK production of the two-millionth Series Land Rover and Defender.

With a bespoke design and an all-star cast of special guests helping to complete the momentous build, ‘Defender 2,000,000’ has been created to be a fitting tribute to almost seven decades of Land Rover production in the Solihull plant, UK.

In December 2015, collectors and Defender fans will be given the opportunity to own this unique piece of Land Rover’s history when it is auctioned by prestigious and globally renowned auction house, Bonhams. Reflecting Defender’s heritage, all proceeds will be donated to Land Rover’s humanitarian and conservation partners – the International Federation of Red Cross and Red Crescent Societies (IFRC) and the Born Free Foundation.

Dr Ralf Speth, Chief Executive of Jaguar Land Rover, said: “Over 67 years, the Series Land Rover and in turn Defender has been the transport of choice for explorers, charity organisations, farmers and even royalty. Throughout history it has helped pioneers to reach the unreachable. What started life as an agricultural workhorse has transcended the automotive world to become a worldwide design icon. I was honoured to join the production line team in Solihull to help build this unique vehicle. It was a special experience which will no doubt become a fond memory.

“The auction of this milestone vehicle is an opportunity to own a piece of Land Rover’s history, as Defender enters its final phase of manufacturing in Solihull. Giving people the chance to buy this truly distinctive Defender to raise funds for the IFRC and Born Free Foundation is a suitable way to celebrate the role that Defender has played in supporting our humanitarian aid and conservation partners over the decades.”

During May 2015, a team of life-long Defender fans were invited to join the Solihull production line in May to help build this one-of-a-kind vehicle, including adventurer Bear Grylls.

Commenting while on the production line, Grylls said: “The Land Rover Defender has been there for me more times than I care to remember. They are so often the unsung heroes of our TV shows, working hard in the toughest conditions to get crew in and out of exceptionally challenging terrains. Known and respected by me and many other adventurers for their rugged reliability – it was an honour to be asked to take part in the build of this very special car.”

Representatives from the IFRC and Born Free also made the journey to Solihull to fit their part to the vehicle, including actress and founder of the Born Free Foundation Virginia McKenna OBE.

The vehicle will be publicly unveiled by Bonhams at Goodwood Festival of Speed, being held 25-28 June. After completing a schedule of public appearances throughout the rest of the year, ‘Defender 2,000,000’ will be auctioned at a prestigious charity event, held at the Bonhams auction house in New Bond Street, London on Wednesday 16 December.

As part of the auction, Bonhams will host a specially curated Series Land Rover and Defender exhibition, to showcase the vehicle’s rich history and detail its journey to becoming a global automotive icon.

Robert Brooks, Bonhams Chairman, said: “Bonhams and Land Rover are quintessentially British brands, and so we are delighted to be auctioning the two-millionth Series Land Rover and Defender on 16 December at our global headquarters in New Bond Street. It’s an honour to offer this landmark vehicle and I’ve no doubt there will be some spirited bidding.”

The ‘Defender 2,000,000’ vehicle features a plethora of distinctive finishing touches. A map of Red Wharf Bay – where the design for the original Land Rover was first drawn in the sand – is engraved into the aluminium fender, which contrasts with the exterior Indus Silver satin paint. A unique ‘no 2,000,000’ badge sits on the rear of the vehicle, which is mirrored on the interior console. The design is finished with Santorini Black wheels and wheel arches, roof, door hinges, grille and mirror caps.

Inside, the leather seats also feature the ‘Red Wharf Bay’ graphic and ‘no 2,000,000’ logos have been stitched on the headrests. A bespoke aluminium plaque, signed by everyone who helped to assemble the vehicle is fitted to the driver’s seat plinth. On the front and rear, S90 HUE registration plates – a reference to the first ever pre-production Land Rover, registration ‘HUE 166’ – complete this one-of-a-kind Land Rover Defender.

Production of the original Land Rover Series I began at the famous Lode Lane facility in 1947 ahead of its launch at the Amsterdam Motor Show on 30 April 1948. Since then two million examples of the Series I, II III and Defender have been produced at Solihull.

"Did Sony just do the impossible?"