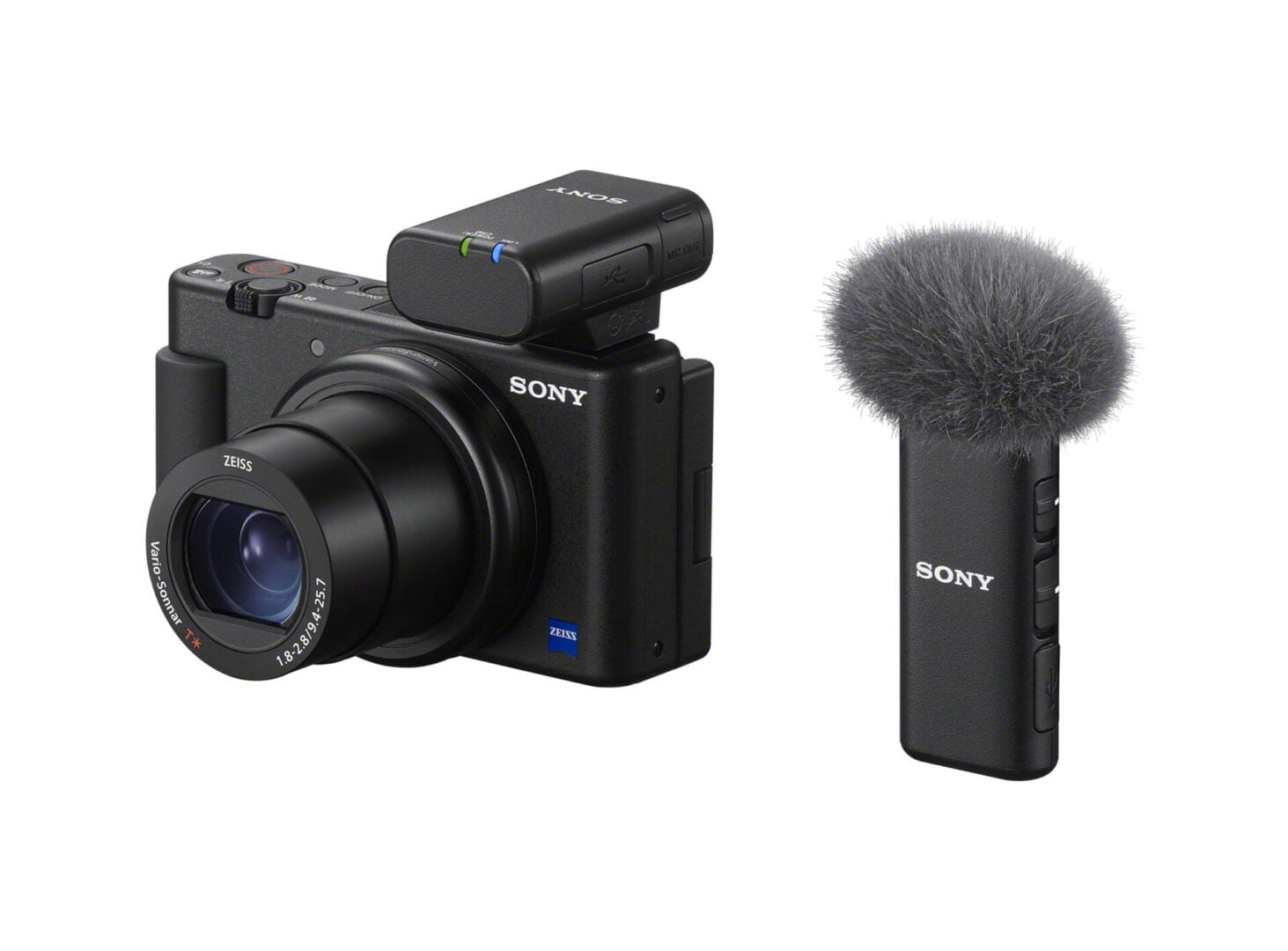 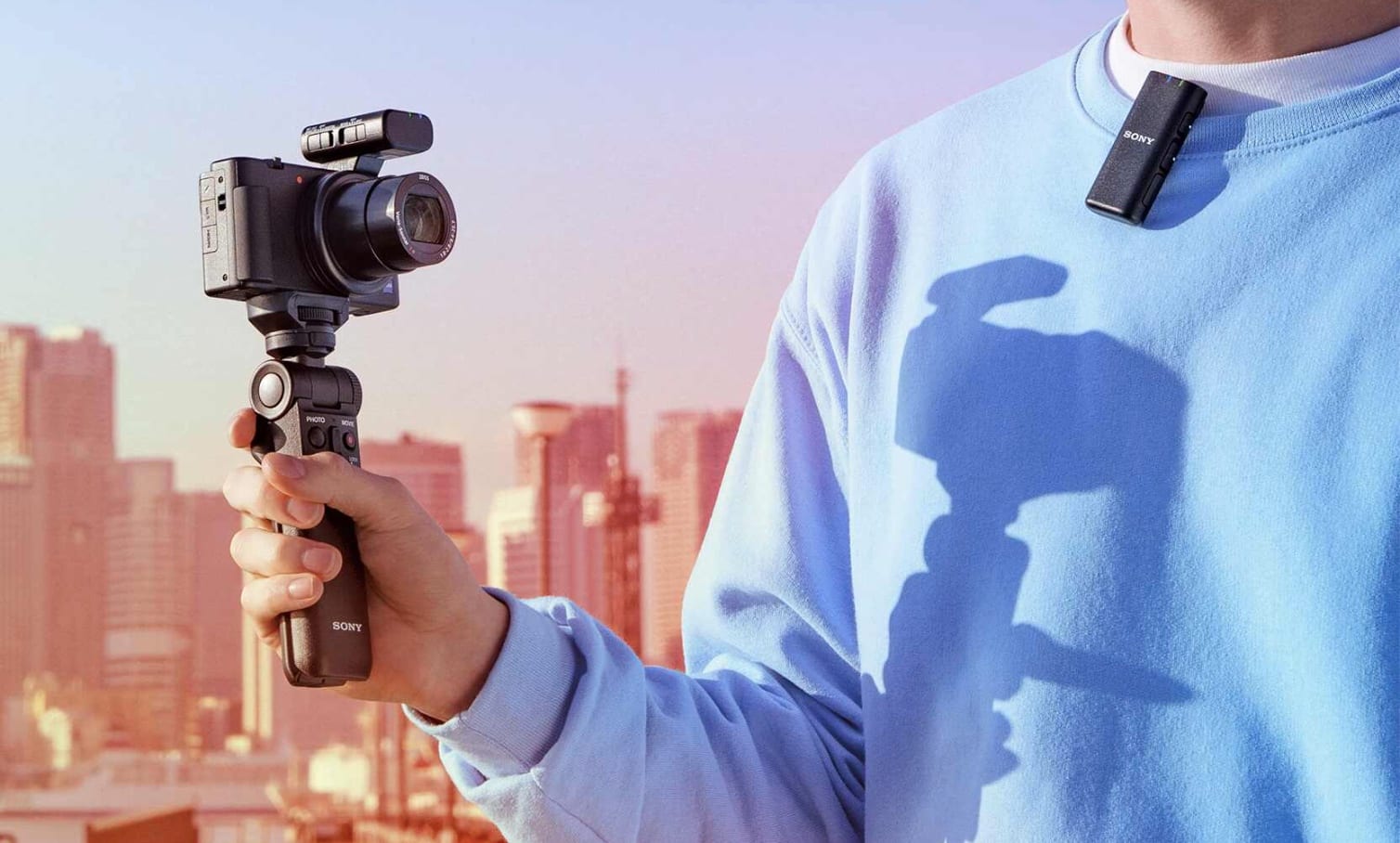 The ECM-W2BT wireless microphone enables low-noise digital sound recording by connecting the receiver to a camerai equipped with a digital audio interface compatible Multi Interface Shoe. The digital audio signal output from the receiver can be recorded directly on the camera body without wiring an external audio cable. Additionally, the ECM-W2BT has been completely redesigned for high sound quality using an advanced omni-directional mic capsule to capture clear sound recording from any direction. The ECM-W2BT also allows audio recording flexibility by increasing the stability of the wireless connection between microphone and receiver, even with obstacles or in crowded environments with additional wireless activity. In locations with good visibility, communication is possible at up to 200m, significantly increasing the flexibility of audio recording. And the newly adopted Qualcomm® aptX™ Low Latencyii codec provides both high-quality audio recording and low latency.

The ECM-W2BT wireless microphone also offers ultimate creative freedom thanks to its sound acquisition functions. Three sound pick up modes – MIC mode, MIX mode and a new RCVR mode – allows the user to record sound and ambient sound based on their desired preference. MIC mode will only pickup audio from the microphone transmitter so only the subject audio is captured. RCVR mode only picks up sound from the internal microphone at the receiver, so the user can record audio of themselves. MIX mode picks up both transmitter and receiver audio which is useful when audio from both the subject and the user is desired. The ECM-W2BT mic supports stereo audio input and an external 3.5mm stereo mini-jack to allow for stereo sound pickup, so it can be used in combination with the stereo-capable lavalier microphone such as the ECM-LV1 compact stereo lavalier microphone, as an unobtrusive microphone that can easily attach to the subject’s clothing and record sound with increased realism. Since the receiver is equipped with 3.5mm audio output, the ECM-W2BT can be used without Multi Interface shoe model cameras.

For challenging recording environments, the ECM-W2BT wireless microphone includes an attenuator function. The user can select one of three attenuator levels depending on the sound source volume to record excessively loud sounds at a lower volume or amplify quieter sounds to record louder audio. The ECM-W2BT also includes a windscreen to reduce wind noise, which is especially helpful when recording outdoors. When longer operation is needed, the battery assist function via the power supply from the camera’s Multi Interface shoe enables the user to operate the receiver for up to 9 hoursiii. For easy reference, the ECM-W2BT includes a LINK lamp to notify the user of the status of the communication between the microphone and the receiver and a POWER lamp to easily check the remaining battery charge. Besides, a connector protect holder for multi-interface foot cover is provided, which can be used to carry the receiver and microphone as one unit or can also be used as a microphone stand, for stable microphone positioning during interviews or other stationary uses.

The ECM-LV1 compact stereo lavalier microphone also allows for high-quality sound pickup paired with a compact design for easy carrying and convenience while shooting. The ECM-LV1 includes a windscreen for additional noise reduction, and the 360-degree rotatable clip allows, for example, horizontal attachment to a necktie, or vertical attachment to a pocket, with the microphone attached at the same angle. The power of this mic is supplied from the mic connector.